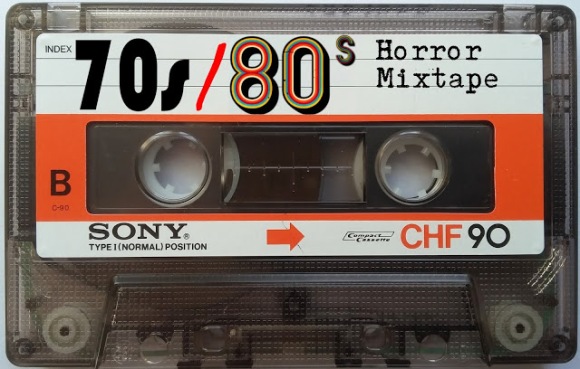 I’ve been involved in this lovely project by Mark West from the onset. So far he’s compiled mixtapes on Brit Horror, American Horror, Women In Horror and Stephen King. This time I got to pick a story from the 70s/80s.

I love it because I always discover stories and writers that I previously knew nothing about.

This time Mark’s chosen the 70s/80s. Check it out to see if your favourites are in there.

The Monsters are Due in Madison Square Garden

Published by Bram Stoker Award winning press Omnium Gatherum, the story, set in 1934, focuses on investigative reporter Herb Fry who moves to New York to escape the vengeful Ku Klux Klan. Finding safer work writing on the paranormal, he’s in for a shock, the Big Apple’s crawling with German American Bund Nazis, jumpy because a horror movie buff with supernatural powers and a taste for elaborate set-piece murders is picking them off one by one. Will Herb ever find out who murdered the love of his life? And how will he survive long enough to interview Bela Lugosi.

I wish I could go to this!!

Tagged The Monsters are Due in Madison Square Gardens, Tom Johnstone
Leave a comment
Uncategorized

I am a huge lover of myths and legends, so am a very happy bunny to be included in “Mythic Journeys: Myths & Legends Retold” from Night Shade Books, edited by Paula Guran.

Introduction: A Map or Maybe Not

My story is a reworking of the Minotaur myth, with Thesea instead of Theseus. It was originally published in Interzone (Issue 246) and reprinted in Steve Haynes’ Best British Fantasy 2014.

“Daddy, you’re telling it wrong.”
“Am I?”
Thesea smiles at her husband and daughter.
“You tell it then,” he says to the child.
“King Minos prayed to Poseidon, who sent him a magic bull but Minos didn’t sacrifice it like he was supposed to, so Aphrodite made Minos’ wife fall in love with it.”
Only the gods inflict love as a punishment, Thesea thinks.
“The bull and queen made a baby called the Minotaur.” Thesea’s glad that she’s too young to be concerned with the details. She bares her teeth and draws her fingers into claws. “It was a monster.”
“The Minotaur had a bull’s head on a man’s body.” Their son; older, placid, lacking his sibling’s drama.
“I’m telling it. Minos made Daedalus, his inventor, build the labyrinth to hold the Minotaur. He fed it human sacrifices that were sent from Athens.”
“Really?” her father asks.
“Yes, then Athens sent a prince called Theseus who was so handsome that Ariadne, Minos’ daughter, gave him a sword to kill the Minotaur and string to find his way out of the maze.”
She has no interest in being Ariadne. She leaps about pretending to be Theseus, imaginary sword in hand.
“Calm down,” Thesea puts an arm around her and draws her in. “You’ve all got it wrong. Listen and I’ll tell you what really happened.”

If you want to know a little more, you can find it here.

Want to be a Writer in Residence?

The winning writers each receive a month’s residency at the library during which time they will blog about their stay, run a creative writing workshop and host an ‘Evening With’ event. They’ll each receive full board and lodging, travel expenses, and an honorarium of £100 per week.

Past recipients of the award include Polly Atkin (Basic Nest Architecture), Rowan Hisayo Buchannan (Harmless Like You), Amy Liptrot (The Outrun), Jessie Burton (The Miniaturist), Melissa Harrison (All Among the Barley), Sarah Perry (The Essex Serpent), and Ian Parks (Citizens).

Even if this isn’t for you, check out the website for details of courses and how to stay the night at the library, founded by William Gladstone, who wanted to make his collection accessible to the public.

Jonathan Strahan’s Roundup of 2018 for Locus

Thanks to Jonathan Strahan for mentioning “All the Fabulous Beasts” in his summary for 2018 : These are the days of miracle and wonder, don’t cry baby, don’t cry; or (mostly) short fiction that I read in 2018. I’m honoured by be included!

A big thanks to Gary K. Wolfe for reviewing “All the Fabulous Beasts” for the December 2018 issue of Locus magazine.

…Sharma shows herself to be a master in the old art of placing entirely believable, pained, and conflicted characters into versions of the myths that help define their lives. It’s what those myths are for in the first place, isn’t it?

I’m also very grateful to be mentioned in A Year of Looking Backward, his summary of 2018.

Horror is No Place for a Lady

February is Women in Horror Month, with events happening around the globe. The Liverpool Horror Club is holding its first WiH event at Constellations(Liverpool, UK) on Sat 9th Feb.

‘HORROR IS NO PLACE FOR A LADY’ is the keystone talk for the evening will be an in-depth panel discussion. The conversation will tackle the idea that horror is misogynistic and exploitative, yet has lead the field on gender equality and positive female role-models for a long time.
Hosted by Mariam Draeger (Head-Cinema Productions), this panel will feature industry experts who will bring their own views, insights and subject matter to the table. Guests include…
Amanda Follit (Exec & management of business operating in digital, music & events)
Simret Cheema-Innis (Writer/ director/ cinematographer/ blogger)
Rebecca Howard (Marketing executive at Arrow Films)
Michaela Longden (Actress: Book of Monsters)

I am delighted be included the event as part of a Showcase Panel that includes local artists and writers, including Catherine Cavendish.

Collections for “All the Fabulous Beasts”

Huge thanks to the editors and reviewers who recommended my work and, as always, thanks to Mike Kelly from Undertow Publications who published the book.

You can vote on your favourites for the year in the 2019 Poll & Survey, live soon, and help decide the winners of the Locus Awards. The awards are open to all to vote on.

Tagged A Son of the Sea, All the Fabulous Beasts, Locus' Recommended Reading List, Mike Kelly